Virtualization uses software to create an abstraction layer over computer hardware that allows the hardware elements of a single computer processors, memory, storage and more to be divided into multiple virtual computers, commonly called virtual machines (VMs). Each VM runs its own operating system (OS) and behaves like an independent computer, even though it is running on just a portion of the actual underlying computer hardware. SBS is having very skilled team to design and deliver well known virtualization technologies such as VMWare, Hyper-V. 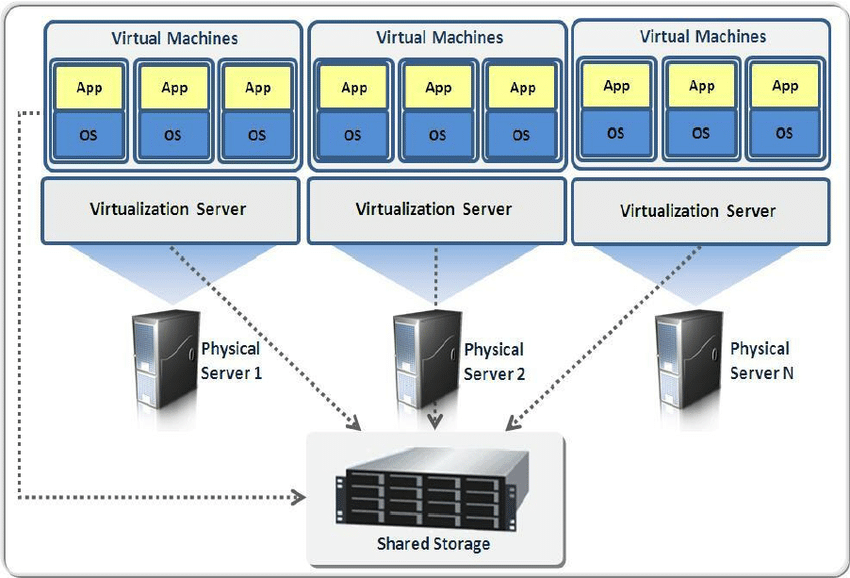